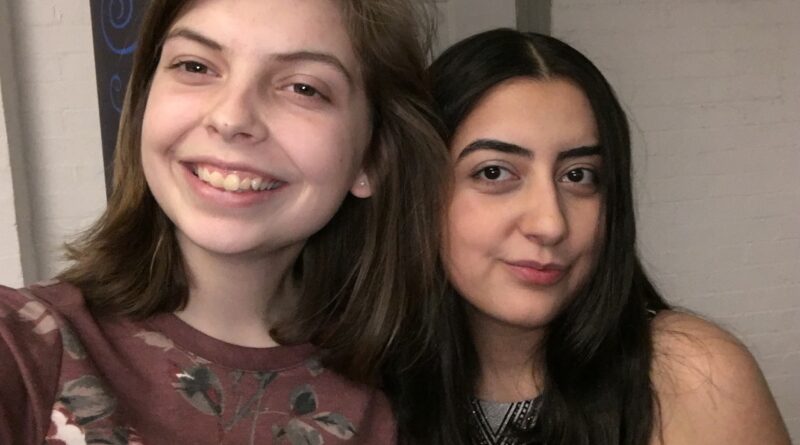 Located 5,809 miles from Chambersburg lies the city of Yerevan in the country of Armenia. Anaida Fahradyan is currently a sophomore (Class of 2023) majoring in Business Management as well as History and Political Science with a Spanish minor. She is active on campus as a residential assistant (RA), peer teacher in a FYS class (First Year Seminar), a tour guide, an academic support center tutor, vice president of the class of 2023, and vice president of Muhibbah Club. I got the chance to interview Fahradyan about living on campus during the pandemic.

Fahradyan’s favorite part of living on campus is the people. She said, “I enjoy connecting with new people, as well as getting to hang out with our tight-knit RA group.” As an RA, Fahradyan gets the opportunity to organize fun events to engage the students and feels connected with the campus community through helping to plan those events. During this semester even though the pandemic is still impacting the residential life programs they are still managing to hold fun activities for the students on campus. “Residential Life has held kickball tournaments, one of them being in student vs staff format!” Sounds fun right? In addition to kickball, there will be a Halloween themed drive in movie event for the students this month. I also asked Fahradyan what her favorite food in the dining hall was this semester. It was “chicken tikka masala”.

While Fahradyan is one of our international students on campus her experience this semester is a bit different. While the world has battled the pandemic, her home country, Armenia, is fighting a global pandemic and a war at the same time.

A Little Bit about Armenia and the Agression

If you are not familiar with Armenia, it is a Eurasian country lying between Turkey, Georgia, Iran, and Azerbaijan. Armenia is a smaller, landlocked country and throughout the course of history bigger countries have “bullied” Armenia. After years of fighting genocide, Armenia has more recently been attacked at the border by Azerbaijan with Turkish aid. They are attacking civilians and military personnel. In Armenia, two years of military service is required for men eighteen years of age so some of the soldiers are Fahradyan’s friends and classmates. Fahradyan participated in the Future Leaders Exchange Program (FLEX) program during her exchange year in the United States in 2017-2018 school year. FLEX Alumni of Armenia wrote an open letter to the United States Ambassador to Armenia, Lynne M. Tracy. The letter can be found here and gives more background into the situation: https://hetq.am/en/article/122926?fbclid=IwAR1uNk0XcYwLFTPrKTXiIvsCIiYQK5MOlPf4pvRLpQk-P4nz8uzaqIk6s1M

Artsakh (Nagorno-Karabakh) is home to ethnic Armenians and there has been conflict over who controls the land following the collapse of the Soviet Union. The Republic of Artsakh possesses the right to be a sovereign state. Fahradyan explained the conflict in this quote, “To briefly recap the recent events, Azerbaijan, with help from Turkey, launched a large-scale offensive against Nagorno-Karabakh (we call it Artsakh) on the morning of September 27, shelling Armenian positions and civilian settlements with large-caliber weapons and rocket systems. Armenia and Nagorno-Karabakh have introduced martial law and total mobilization. The Armenian side has reported deaths and injuries both among the civilian population and the military. International and local journalists too have been injured in Azeri shelling of towns and villages” (panarmenian.net).

If you would like more information on the Aggression towards Armenia here are some helpful links: