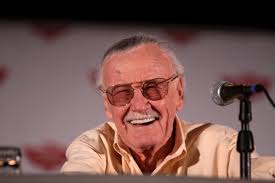 On Nov. 12, real life superhero, Stan Lee, was rushed to the hospital due to a medical emergency and died later that day. Lee died at age 95 at the Cedars-Sinai Medical Center in Los Angeles, California from heart and respiratory failure.

Stan Lee was the writer, editor and publisher of Marvel Comics. He was the person who gave life to superheroes like Captain America, Spiderman, Thor, Hulk, and Iron Man, as well as serving as an inspiration to many of the writers and artists in the comic book industry today.

Equipped with his catchphrase, “Excelsior!”, which means “ever upward” in Latin, and always carrying a smile on his face, Lee helped many people pursue their dreams and taught everyone that one does not need a fancy suit or superpowers to be a real-life superhero.

Bob Iger, Disney chairman and CEO, left a few words regarding Lee “A superhero in his own right to Marvel fans around the world, Stan had the power to inspire, to entertain and to connect. The scale of his imagination was only exceeded by the size of his heart.”

Unlike most creators, Stan Lee adored his fans and was not completely interested in the money. He understood what the audience wanted and always looked for ways to better his work in order to make it more relatable. His characters help many people to cope with depression and themes of loss and give hope to many ill children.

A private ceremony was held in agreement to his final wishes and no information has been released as to where he will be buried.

Stan Lee will forever live in both our hearts and memories.

We must believe in him, just like he believed in us.