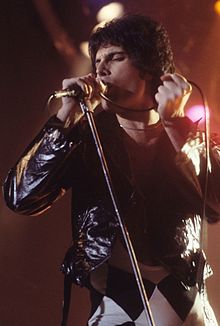 Thanks to the new biopic on Freddie Mercury, “Bohemian Rhapsody,” Queen is starting to make history by charting again on the Billboard Hot 100 chart for the first time since 1992. This sudden climb up the music charts is not a first for the legendary rock band. This makes the third time that their song Bohemian Rhapsody has made its way to the chart. After the release of the movie, the song charted at number 33 on the Billboard Hot 100, joining Prince’s song, “1999”, which has charted four times since its first release.

The soundtrack for the biopic ranked number three, making it the band’s highest ranking album since 1980. Their “Greatest Hits” album charted at number nine since Queen has started hitting the music charts once again. 23 of their songs have made it onto the Billboard Hot 100 in the band’s history.

The biopic depicting the band’s legendary front man’s life and the history of the band has grossed $164.4 million since its release on Nov. 2, 2018. The biopic has become the highest-grossing biopic in history. So far, it is the 18th highest grossing movie of the year.