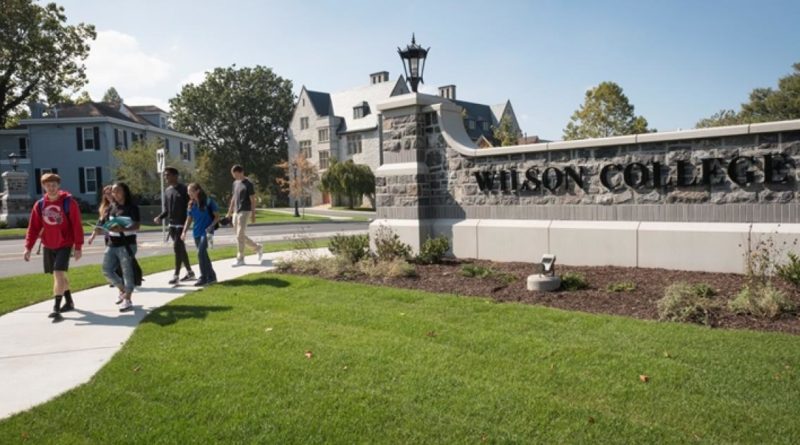 The Donald B. and Dorothy L. Stabler Foundation recently awarded Wilson College a $460,000 grant to fund scholarships for students with financial need through the Stabler Scholarship Endowment.

The endowment has provided scholarships for 230 Wilson students since the program began in 2008. Students are selected for scholarships based on financial need, academic achievement and service to the community.

Students who receive Stabler Scholarships sign a “debt of conscience” indicating that when they are able, they will make contributions to the endowment in an amount at least equal to what they received. While not a formal legal agreement, the promise serves as a commitment to future philanthropy after graduation.

“Gifts of endowed scholarship are tremendously valuable in allowing good students with financial need to complete their education,” Wilson President Barbara K. Mistick said. “We are grateful for this gift from The Stabler Foundation because it will allow us to help students and families who need assistance. We are thankful for its generous support.”

Since 1985, The Donald B. and Dorothy L. Stabler Foundation has provided Wilson with nearly $4.8 million in funding for a number of programs, including the Stabler Scholarship Endowment; Curran Scholars program, which promotes student volunteerism; and daycare support for students in Wilson’s Single Parent Scholars program.

Located in Harrisburg, the Foundation was established by the Stablers in 1966 exclusively for charitable, religious, scientific, literary or educational purposes. It awards grants to educational institutions, parochial or church-related schools, nonprofit hospitals and medical facilities, while also supporting religious institutions and social service organizations that seek to preserve and instill traditional moral and ethical values, respect for the family, concern for others, self-reliance and a productive life.