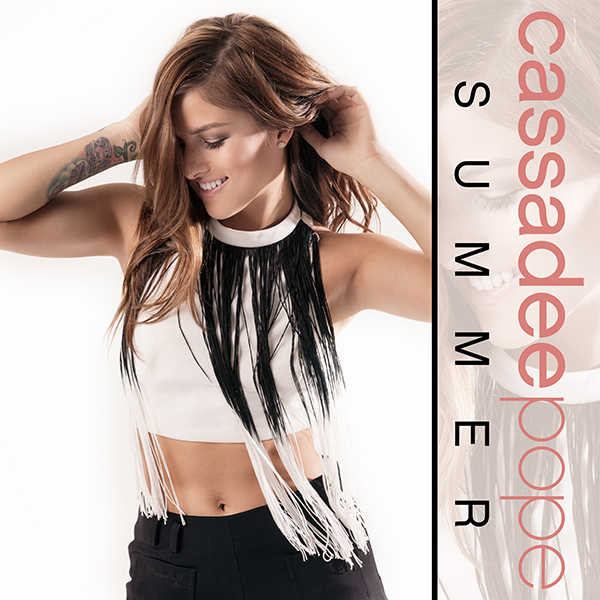 On Friday, June 3, Cassadee Pope released new music in the form of “Summer,” her Extended-Play (EP) following the release of her debut album, “Frame by Frame.”

Fans waited for Pope to release a new album for some time and while the EP is not a full length, it definitely left fans excited for the release. Pope gave fans a snippet from the song called “Let Me Go” in early 2015 and released the single “I Am Invincible” with a music video last fall 2015, but this EP is the first release of more than one track since 2013. On Friday, June 10, Pope is having the official release party for the EP at The Basement East in Nashville, Tenn. The show is 18 and older,  but tickets are a mere $10 for those interested in attending.

“Summer” completely embodies what the season is about for many: a summer love. It also has the tempo of a song anyone would want to listen to this season: freedom, and perhaps a little bit of nostalgia for summers past. “Kisses at Airports” can relate to anyone missing their significant other to anyone who has had a family member in the military and know what it is like for those tearful hellos and goodbyes. “Piano” shows off the vulnerable side in a relationship, but also shows the growth someone can have after a bad relationship. The concluding song, “Alien,” gives listeners confidence that they can be who they want to be by not fitting into any one stereotype but having multiple outlooks on life and personalities just as Pope describes herself.

As a follow up to her debut album, the “Summer” EP does not disappoint. Although what is disappointing is the fact that it is not a full length album. “Frame by Frame” was released in fall 2013, so the songstress is definitely due for another full length album. Pope clarified that she is working on releasing more via Twitter, saying “Btw[sic] the EP will be a  “complete my album”…. Much more to come.” This album is giving a taste of what fans can look forward to in the future. 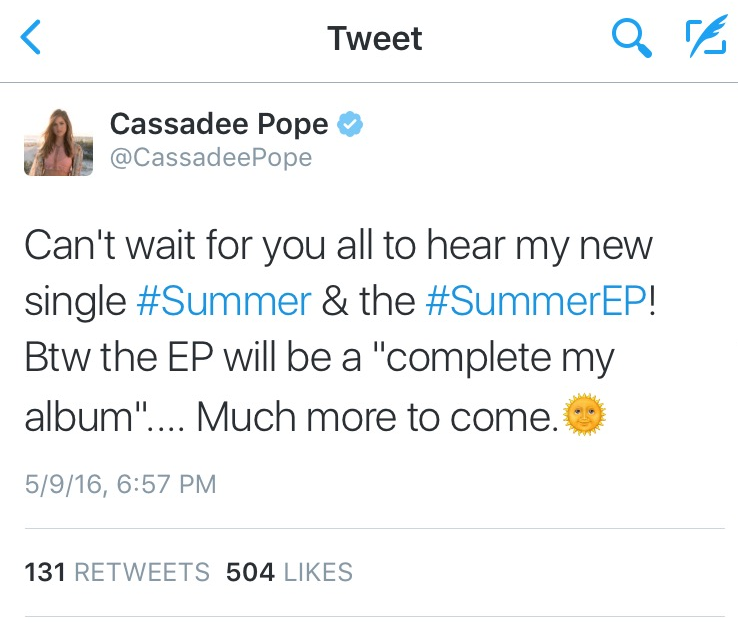 Along with the release of the EP last Friday, Pope also released the music video for the “Summer” single, embodying the meaning behind the song within the video. It is a tad more revealing compared to how everyone is used to seeing Pope, but as she told Rolling Stone Country, she felt the need “to reintroduce herself” with this new EP and its songs. She told theboot.com, “I’m baring it all, really, in my lyrics; I’m showing the good, the bad, the ugly. I’m being very vulnerable, but also empowering, and I think that’s where I am, mentally, and also totally through my music, you can hear that.”

Pope will be performing throughout the rest of the year at various festivals, concerts, and touring with Chris Young again, like she did earlier this year, come fall. For the latest on Pope, check out her website. For a local show, check out Pope at Bubba’s Country Music Festival on Sept. 10 in Shippensburg, Pa.