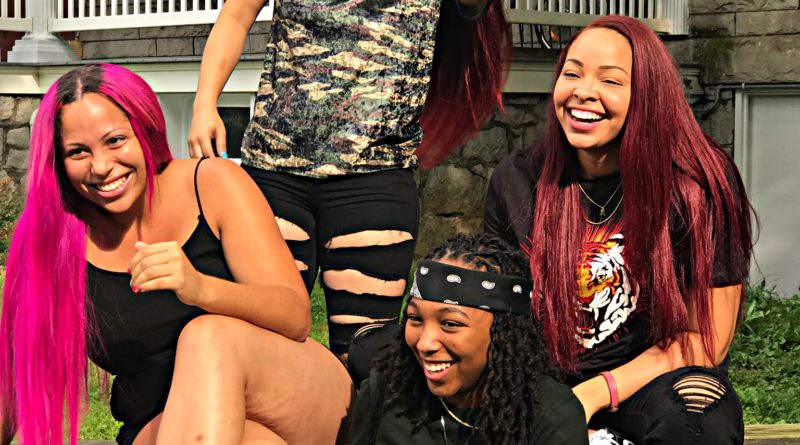 Wilson College is a small campus where everybody knows everybody. With the campus size being small, it is easy for people to make friends and enjoy each other’s company. Usually they say you make your best friends when you come to college, but for one group of friends it was a little different.

“Quatro” is a group of four friends here at Wilson. They used the Spanish origin “cuatro” which means four to name the group but switched up the spelling to “Quarto” so the group name can be unique. Quatro is made up of Ash Henderson ‘18, Amber Jones ‘18, Lindsey Purvis ‘19 and Jordyn Day ‘19.

Ash and Amber have been friends since before stepping onto Wilson’s campus. They both attended Northpoint High School together as freshmen and sophomores, where they played on the same basketball team together. Amber transferred schools for her last two years, but their friendship remained tight throughout the years. Amber was the reason why Ash decided to come to Wilson; she found out that she was also being recruited by the basketball coach and decided that if Amber goes to Wilson then she will take a chance at it too.

“I remember Ash texting me about Wilson and asking if I was going and I told her most likely yes, and she said that she thinks she will also go as well,” Jones stated.

Even though Purvis and Day stepped onto campus a year after Henderson and Jones , but all four of them became friends before they even came into Wilson.

“I think we are mostly connected because of basketball. Not only are we friends, but we are teammates too, so that plays a big factor on friendship, on and off the court,” Purvis stated.

“When we were being recruited, we exchanged social media and numbers to each other and ever since then we have been very close,” Day stated when asked how they became close.

“Quatro” is always together. They do everything together, including living in the same dorm; two of them are roommates. They are known around campus for being a part of Wilson’s Basketball team, loud, funny and an outgoing group of friends.

“They are just really fun to be around; they are actually hilarious. I love watching their snaps and hanging around them. It’s nonstop laughing all the time,” Kristen Burdo ‘20 stated.

When asked how they keep their friendship so strong, Purvis stated, “We are very close. Of course we argue from time to time but we are mature and we know how to let go of things, plus we always have each other backs. We would never let little things come between us. That is what a real friendship is about.”

You can find “Quatro” all over campus. So if you are ever in need of a good laugh, make sure you hang around them. They love entertaining people.