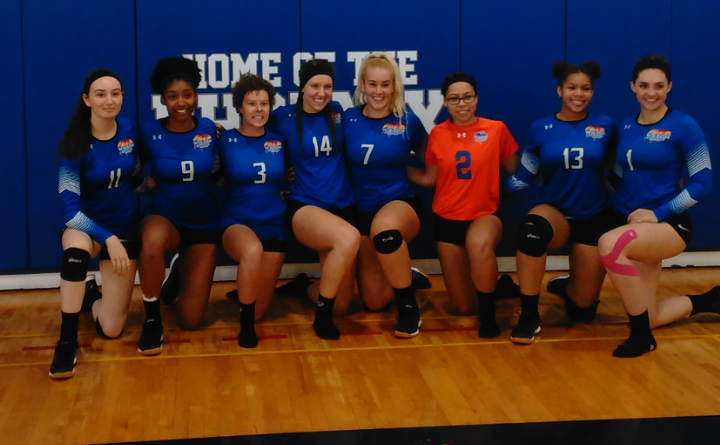 On Sept. 8 Wilson’s gym was packed with students, faculty and family as they supported the women’s volleyball team in a non-conference match against the Misericordia Cougars.

The women’s volleyball team fell short to the Misericordia Cougars. This was the season opener for the Phoenix, but it was also the first time these two teams got a chance to match up. The Phoenix are now 0-1 on the season and the Cougars are 1-0.

“We lacked communication. I feel like the team got down on ourselves and stopped playing our game and also lost our energy. That’s definitely something we have to work on,” stated Sierra Hill ‘2l.

Coach Hand stated, “We are improving. Our victories will be both on and off the court. I am excited to see our program grow not just for volleyball, but in all of our sports. Go Wilson!”

The Phoenix next game will be Thurs, Sept. 14, as they take on Galludet University.