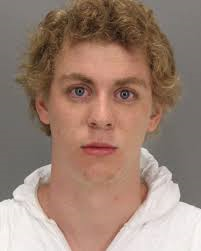 In October 2014, pop star Kesha filed a sexual assault lawsuit against her music producer Dr. Luke. The lawsuit claimed that he had forced her to take illegal drugs and that one morning after taking what is assumed to be a date rape drug, Kesha woke up naked in Dr. Luke’s house, sore and unable to find her clothes. In this past year this lawsuit has gotten more media coverage as it went to trial. While Kesha gained support from her peers and her fans, the case was dismissed in court and Kesha continues to be signed under Dr. Luke.

In this past year Bill Cosby has once again become a popular media figure due to his sexual assault allegations. However, he is not new to these allegations as Bill Cosby’s sexual assault accusations began in 1965. Since then, over 60 women have accused the famous comedian and actor of sexual crimes including sexual assault, sexual misconduct, and sexual abuse of a child. Over the past 50 years, Cosby has been in and out of the court system with various judges and different outcomes. While in most cases Cosby was not charged with a crime, in 2015 new evidence reopened a case from 2004 which resulted in a sexual assault charge against Cosby. However, he immediately posted the one-million-dollar bail and has yet to spend time behind bars. While a popular opinion is that Cosby is guilty and deserves to be in prison, most people believe that he will likely never see the inside of a cell because of his fame.

A more recent sexual assault case all over the media is the Stanford case in which Brock Turner raped a woman after a party and ran away once he was caught by two other students. While the judge found Turner guilty, the judge only sentenced him to six months in prison. Turner only served three months out of the six month sentence due to good behavior. Major backlash has resulted from this case as protestors call for the removal of the judge from his position.

Sexual assault cases are now reported more often and are even getting media attention. However, the legal process for such cases does not always seem as effective as the public would like. That does not mean that these cases, even if little to no sentence is given to the offender, does not leave an impact. In California, state senators are fighting to see sexual offenders serve harsher punishments because of the lack of justice shown in the media in cases like Brock Turner and Bill Cosby. So while reporting sexual assault may seem futile, the rise in media coverage over sexual assault cases is slowly starting a change in the judicial system.