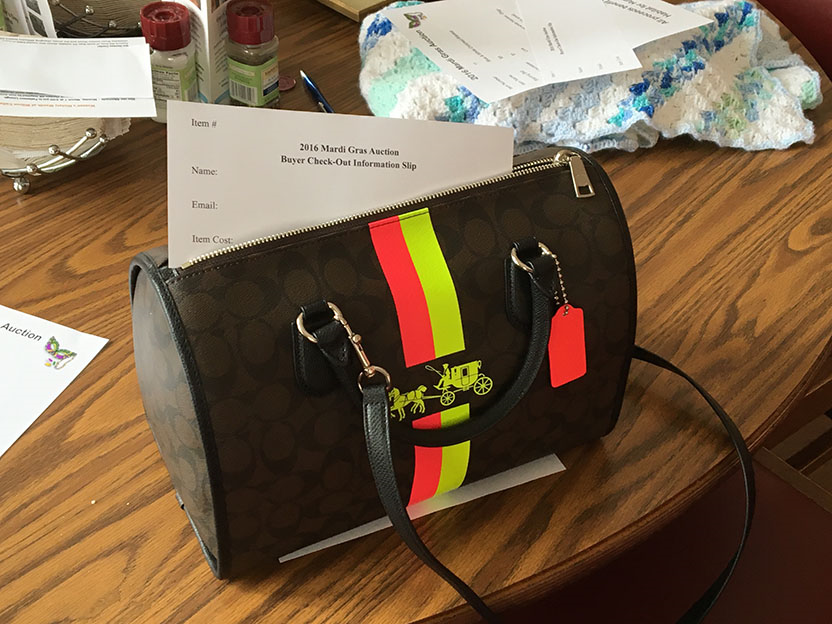 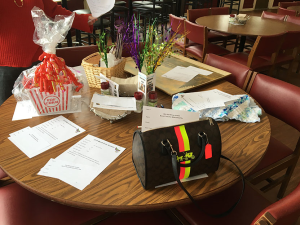 On Tuesday, Feb. 9, the Habitat for Humanity club hosted their yearly Mardi Gras auction. The auction raised money for Habitat’s annual Alternative Spring Break (ASB) trip, scheduled for next month Mar. 13-20. This year the group travels to Winston-Salem, NC, where they will help build a Habitat for Humanity house.

“I enjoyed volunteering and I thought the auction went pretty well, there was a good turn out on the items that were sold,” says Brooke Wenger ‘17, one of the students volunteering during the auction going on ASB.

Professor of Fine Arts, Bob Dickson, served as auctioneer as he has done for previous Mardi Gras auctions. Students and faculty alike were entertained by his auctioneering prowess.

“I think Bob Dickson is wonderful at being the person who sells stuff,” Paula Kellinger, Professor of Fine Arts, states. “He has done this every year and I think his generosity with his time and his wonderful humor make the event a good one.”

Donated items came from people in the Wilson community and ranged from baked goods to crafts to gift baskets and volunteer services.

“I donated babysitting because it seemed better than spending money on something to donate. I haven’t babysat in a while, so I figured it would be fun to do it again and give a mom a break for a few hours,” Heidi Smith ‘17 states, another student volunteer going on ASB. She plans to participate again next year, and had a great time participating in this year’s auction.

A few of this year’s big-ticket items were a Coach Purse, a relaxation gift basket, and a crocheted lapghan.

Here’s to next year’s auction being just as much of a success.

For more information on this year’s auction or Wilson’s Habitat for Humanity club, contact Jenna Kauffman at jenna.kauffman@wilson.edu or Chaplain Emily Morgan at emily.morgan@wilson.edu.