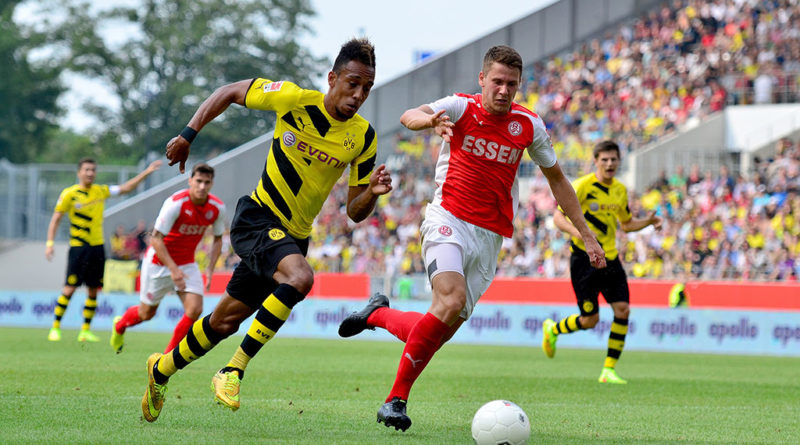 With the conclusion of the January transfer window, European clubs and leagues all around the world have spent millions to acquire the best players. Major clubs in England have been busy throughout this transfer period with some key acquisitions to bolster their lineup for major tournaments like the Premier League and Champions League. The desire to play in the most competitive league in the world should be a lure within itself but players are demanding more money to go with their ever growing ego.

A club that was constantly in the headlines this past January was Arsenal, a team seemingly on the decline led by the much maligned Arsene Wenger. The golden days of Premier League titles and major finals seem beyond them as their attacking flare is no longer able to break down teams as it once did. Wenger spent almost £100 million, intent on strengthening his attacking stocks. He did so by signing Borussia Dortmund striker Pierre-Emerick Aubameyang. Sky Sports reported a total of £60 million spent on Aubameyang alone, which raises the question of salaries and transfer expenditure in the Premier League.

Another Premier League giant, Liverpool, joined Arsenal with big money spending gaining Dutch International Virgil Van Dijk for a record 75 million pounds from Southampton as reported by the U. K’s Telegraph. The move was made to build up a shaky Liverpool defence as the ‘Rolls Royce’ style defender had a huge impact on his debut scoring a late winner in the FA Cup tie against Everton. Since then a couple of lackluster performances have hurt Liverpool and one might question whether any individual is worth this much money.

With getting so much money, people wonder what these sport stars do with it. Reporter opinion is that they seem to be drowning in too much money. A large sum of their money is no doubt used for expensive cars, houses and maintaining the high lifestyle that they are accustomed to.

Moreover, the fans of these clubs are unable to share in their club’s wealth. Fans are expected to dish out large sums of money for merchandise and tickets simply to watch their team play. Protest surrounding this issue was sparked by Borussia Dortmund fans in Germany in 2016 by throwing tennis balls onto the pitch and boycotting the first 20 minutes of a match.

Whilst it may be the most popular sport in the world, football clubs must be wary of taking the loyalty of their fan base for granted. These clubs must come to realise and act upon the growing disconnect between their organisations and their fans. The money they allocate to transfer fees can be better spent on improving the experience of their supporters.

In the end, is football about money or playing for the love of the game?